The purpose of this website is to promote and support whole foods plant based nutrition in Australia. We provide links to evidence based information and practical advice for those wanting to follow a whole food plant based diet. Although we share the environmental, ethical and world food supply concerns of others, the focus of this website is health and wellbeing through improved nutrition.

The medical and/or nutritional information on this website is not intended to be a substitute for professional medical advice, diagnosis, or treatment. Please seek medical advice before using diet to treat disease. 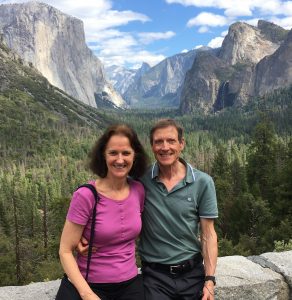 Dr Malcolm Mackay is a General Practitioner and nutritionist currently practising at Clinicare in Smith St, Fitzroy, Melbourne. He has a special interest in preventing, treating and reversing chronic disease with a whole foods, plant-based diet. He offers telehealth consultations to patients within Australia. In addition to his medical degree Malcolm has a Graduate Diploma in Human Nutrition from Deakin University and has completed the T. Colin Campbell Center for Nutrition Studies/ eCornell Plant Based Nutrition Certificate.

Jenny Cameron is a nutritionist and research librarian living in Melbourne, Australia. Jenny runs seminars and immersion programs focussing on plant-based nutrition and lifestyle medicine and provides nutrition coaching to clients looking to improve their health through optimising their diet and making other healthy lifestyle changes.
Jenny has completed the following courses :

She also works as a training consultant to librarians and researchers, particularly in the use of EndNote bibliographic software. 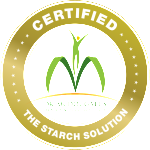 Our journey to plant based nutrition

Malcolm: My interest in nutrition began whilst studying medicine at Flinders University in South Australia. The initial spark or “aha” moment came from two lectures at around the same time that presented completely conflicting views of heart disease. In one lecture a cardiologist spoke of the “inevitable process of atherosclerosis” which would eventually afflict all of us as we aged. As a 20yr old, I must have found the thought of all of my arteries ending up looking like those in the slides and diagrams a gruesome thought. So when another lecturer mentioned the absence of atherosclerosis and heart disease in the people of highland Papua New Guinea, he really had my attention. These people were subsistence farmers living on a very low fat diet consisting mainly of sweet potatoes. I realised that coronary artery disease was a diet and lifestyle disease and was not “inevitable”. Furthermore, virtually every one of us in Australia was exposed to the dietary risk factors behind this disease – high fat diet, high salt diet, lack of exercise etc. From that point on I looked for the epidemiology and dietary factors behind every major disease group as they were presented to us in our medical education and they nearly always followed the same pattern as heart disease. As a distance runner and snow skier I wanted to stay fit as I aged. Over the next year or so, I gradually changed my diet to a very low fat, low salt diet based on foods such as brown rice, oats, vegetables, legumes and fruit. I became a competitive athlete, winning the first ever triathlon in South Australia fuelled by “plant power”.

Towards the end of my medical degree I came across The Pritikin Program. It was most reassuring to find that Nathan Pritikin, and others before him, had come to the same conclusion as I had: that people were healthier on a high carbohydrate, plant-based diet. The Pritikin “regression diet” was low in fats and almost wholly plant based. The interest and public awareness that the Pritikin Program generated led to the formation of the Pritikin Health Association of Australia. For a while, I acted as the president of the South Australian branch. We had monthly meetings with guest lecturers, often scientists and doctors, and great food. Our promotion brochure had written across the front of it: “Don’t worry about your health, do something about it”. In my early years of general practice I would enthusiastically give patients lists of Pritikin books including recipe books by Australian authors and diet sheets which I wrote myself. Eventually the whole movement faded due to lack of support from health professionals, health authorities and successful marketing by the food industry.

I wanted to strengthen my knowledge of nutrition, so in 1988 I enrolled at Deakin University and eventually completed a Graduate Diploma of Human Nutrition. This gave me a much better understanding of the basics of the science of nutrition. It also helped me understand how the science, that generally supports a low fat plant strong diet, is translated into recommendations that are culturally correct and industry supportive.

Over the ensuing years my enthusiasm for promoting low fat plant-based nutrition waned. However I continued to provide some basic nutritional advice to those few patients who would listen, and continued to eat this way myself. By 2010 my enthusiasm and passion for healthy plant based nutrition had been renewed. I had the full support of my new partner, Jenny – co-author of this website, and together we had plugged ourselves in to the online whole foods plant based health community. For me, this community is the key to new knowledge, a better understanding of what is already known and perhaps most important of all, support and inspiration to play my small part in the fight for good health for all as well as global food security and environmental sustainability.

Jenny: Most of my adult life I leaned towards a vegetarian diet but never quite got there. I loved my vegetables and grains but still ate small amounts of meat. As I approached middle-age I was conned into thinking I had to increase my dairy intake for calcium, and for a few years was urged to eat more red meat to deal with iron deficiency. Also, people around me started to talk about avoiding carbs which was having a subtle influence on me. Interestingly, this was the only time in my life that I put on a few kilos, my cholesterol increased to the upper end of ‘normal’ and I began to feel pain in my hip which was later diagnosed as osteoarthritis. After watching a BBC documentary on the Atkins diet I began to realise that maybe I was heading in the wrong direction with my diet, but it took a month of trekking in Nepal (in 2006), eating huge quantities of vegetables, rice and dahl every day to make me realize that my body felt so much healthier when fuelled with mostly plant foods. A year and a half later I met Malcolm. It took a while for me to get the hang of preparing meals for him when he came to visit – the concept of a no-oil vegan diet was a bit scary and I loved cheese and eggs so wasn’t in any hurry to give them up. I very slowly transitioned to a mostly plant-based diet, focussing on increasing fruit, vegetables, whole grains and legumes as I cut back on the meat and dairy. By 2009 I was eating “plant strong”, having eliminated red meat and chicken, only eating small portions of fish a few times per week but my weakness was the dairy: cheese, yoghurt, and milk with my tea and coffee. I read Chapter 3 of The China Study before going to sleep one night, and the next morning I couldn’t bring myself to add the usual half cup of yoghurt to my bowl of muesli. It was that quick – I had just read that milk protein promotes cancer growth and I was determined to cut out dairy. It was harder to stop eating cheese and I fought continual cravings in the early days. By 2011 I had made the transition to 100% plant-based and have never looked back. The osteoarthritis in my hip joint had progressed considerably until then and the orthopedic surgeon thought I would need a full hip replacement within a year or two. That was 9 years ago, and whilst I sometimes endure discomfort due to the damage to the joint it doesn’t stop me skiing and leading a very active life. The few times I have strayed off my whole food plant-based diet in those 9 years I experienced the recurrence of an arthritic ache in the joint (NB even oils can trigger a recurrence).

Reading The China Study set me off on the hungry path for knowledge about nutrition and health. I was quite gobsmacked by the information presented by Professor T Colin Campbell, wondering why on earth it wasn’t well known. I started trawling the literature (like a good librarian) and eventually found my way to the U.S. websites and Facebook pages of plant-based advocates like Dr Caldwell Esselstyn, Dr John McDougall and Dr Neal Barnard. I have immersed myself in nutrition information ever since, completing several nutrition courses and a wellness coaching course and am active in social media providing nutrition support via various groups I have helped initiate. Malcolm and I have been running seminars and giving talks in plant-based nutrition for the past 5 years and now run a 6-day immersion retreat several times per year.